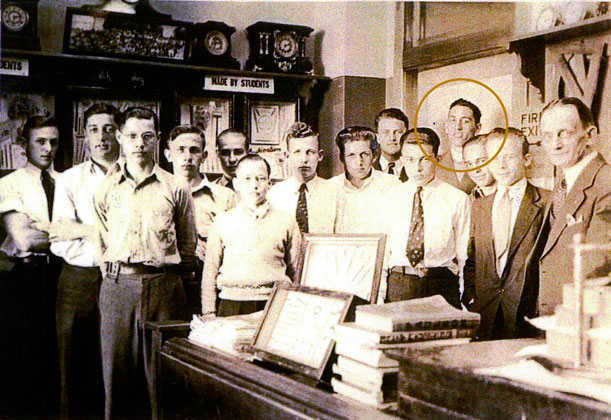 Son of Polish immigrants, Helmuth W. Buchkosky graduated in 1935 from Dunwoody Institute as a draftsman. These were depression years, and finding work in his trade proved impossible. Helmuth met a streetcar motorman in his neighborhood who fixed watches at his kitchen table at home. He let Helmuth work with him, for company as much as anything, one or two nights a week. After some time the motorman suggested that Helmuth go to watchmaker school. Following the suggestion he enrolled in St. Paul Vocational Watchmaking School. Graduating in 1937, Helmuth gained employment for Mr. Geist, a jeweler on 7th St in St Paul. Mr Geist retired in 1939, and left Helmuth once again unemployed. 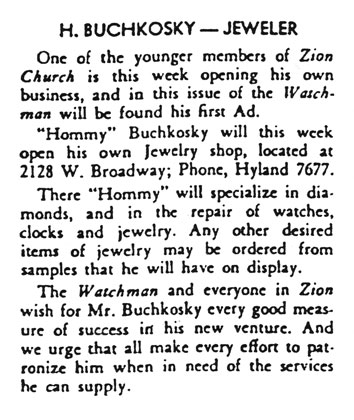 At that time Helmuth was a offered a space to open his own store by Mr Hirt, a shoe store owner at 2128 West Broadway in North Minneapolis. Mr Hirt offered Helmuth a space within his shoe store for a counter, a watch bench and a display window for $25.00 a month. Mr. Hirt allowed him to put a sign on the front of the building that read BUCHKOSKY JEWELERS. This is the humble beginning for our store today.

When the US entered the war as a result of the Pearl Harbor bombing in 1941, Helmuth was called in for inspection for war duty. He was given the option to serve as skilled labor due to his skills as a watchmaker, and so the jewelry store was closed while he went to work at General Mills for the next two and half years. His role was in the assembly departments where they tested the accuracy of roll correctors for navy cannons. 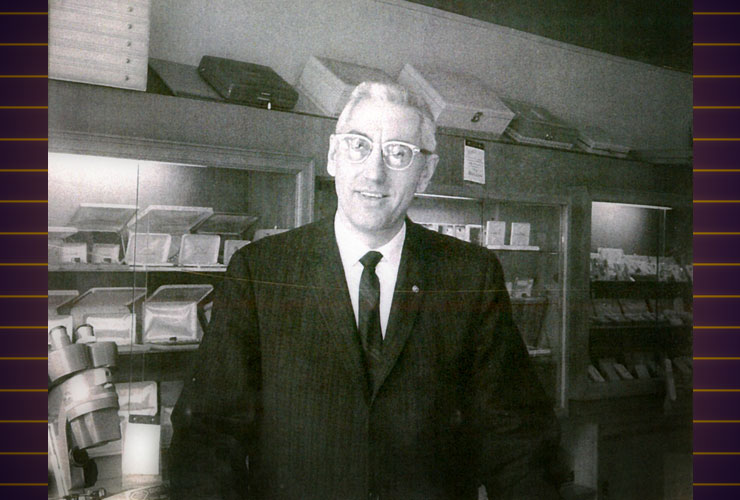 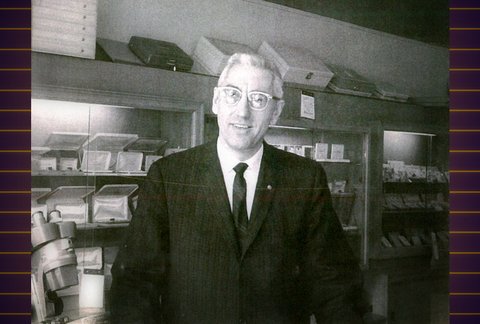 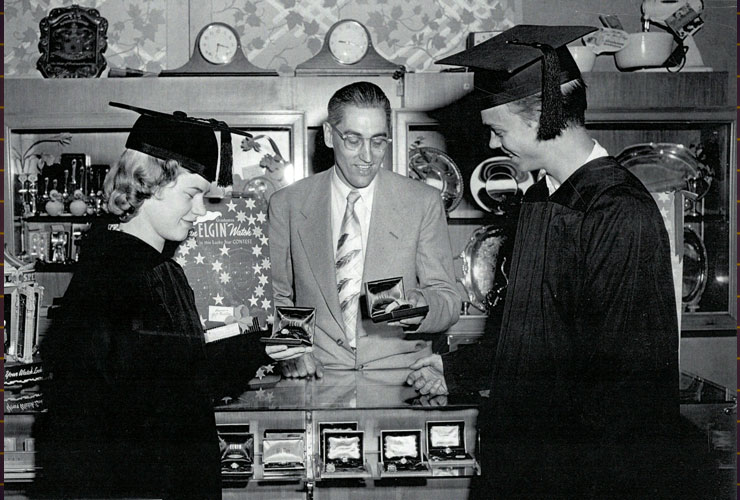 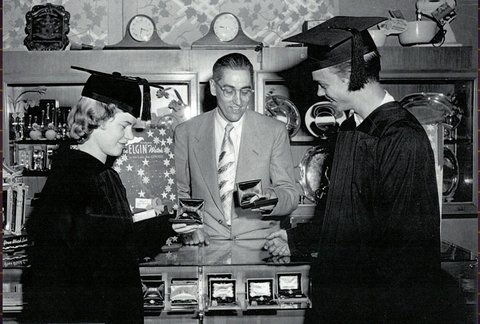 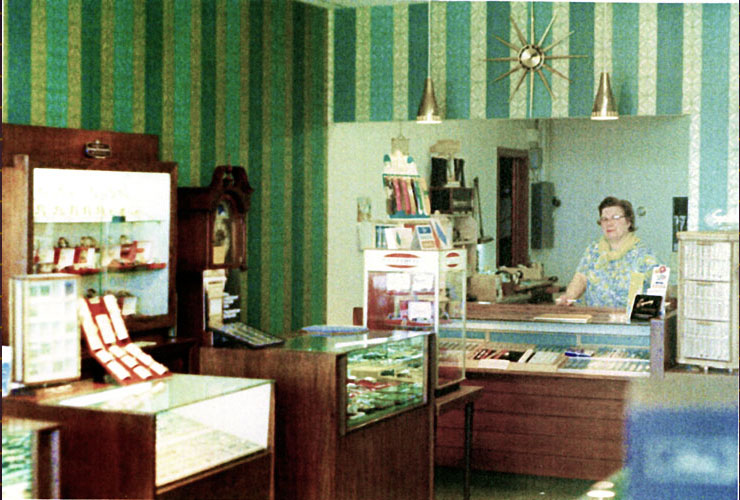 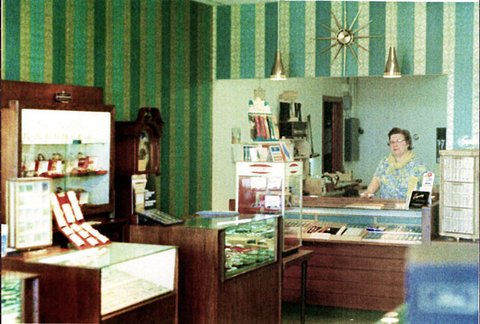 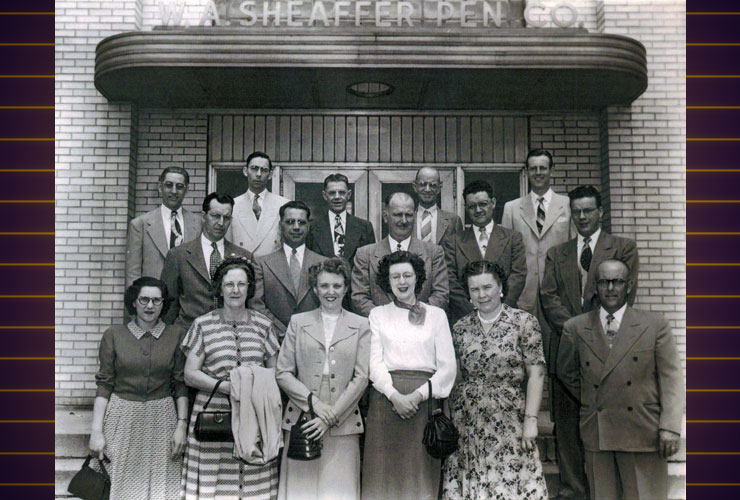 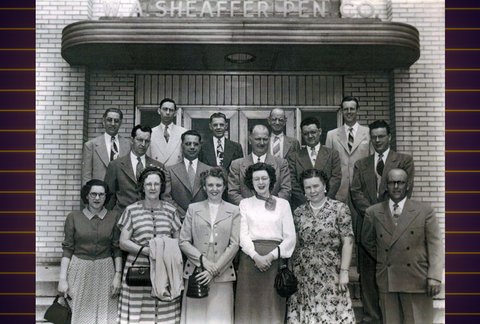 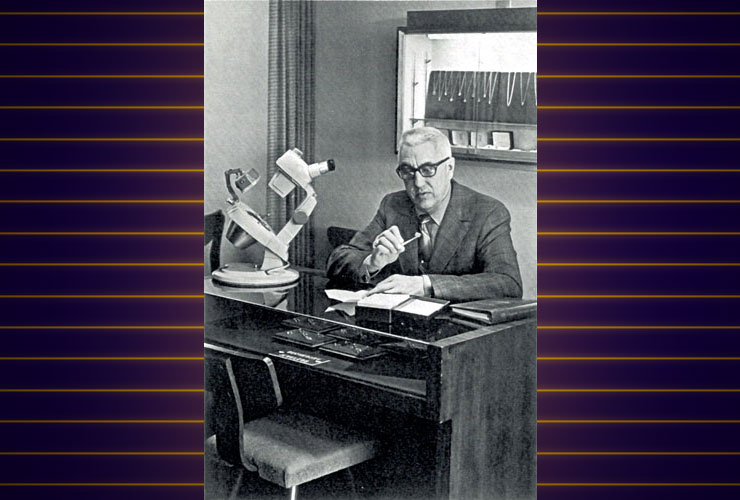 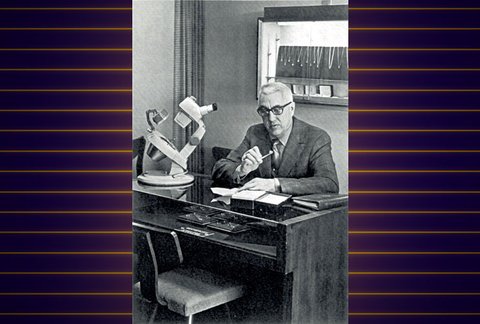 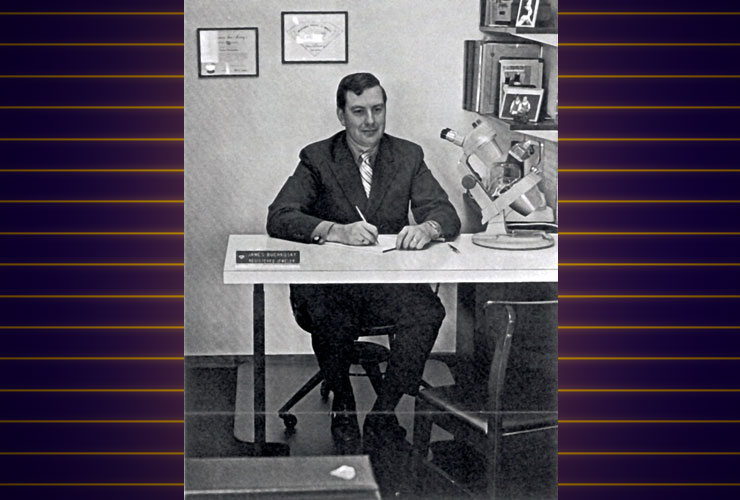 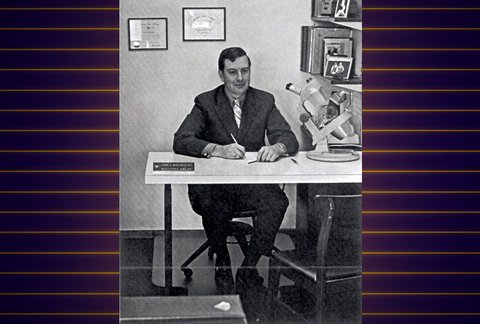